SUPER, by RETROSUPERFUTURE®, ignited the phenomenon of acetate sunglasses. They are made in multiple color graduations, which has generated a big trend starting in 2007. Super is the first brand to produce a complete range of colorful fashion sunglasses combining these characteristics together with a very high quality manufacturing process. SUPER sunglasses are made to the highest possible standards, hand made in Italy by the best manufacturers and with the best materials. For this reason, SUPER also decided to adopt ZEISS lenses, which guarantee an extremely high level of protection to the eyes in all conditions. 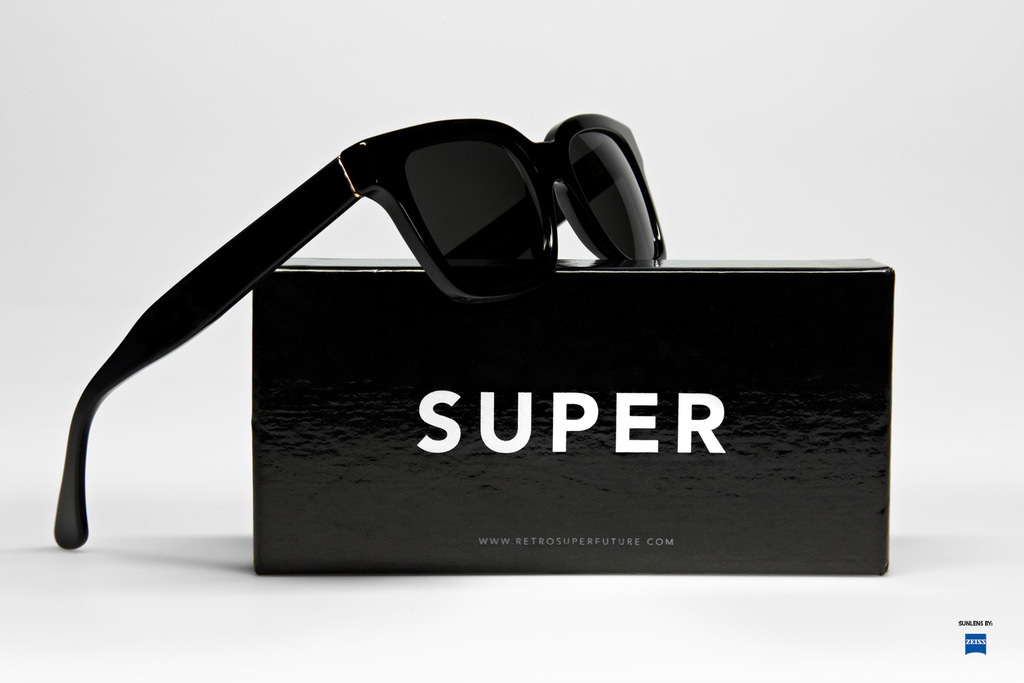 Since their introduction, artists, celebrities, sports athletes and trendsetters have been wearing SUPER sunglasses. Kanye West, Daft Punk, Who Made Who, Justice, Pedro Winter (and his “Ed Crew”), Simian Mobile Disco, CSS, St. Vincent, The Kills, Elio Fiorucci, Sienna MIller, Jessica Alba and Valentino Rossi are just a few who have been seen sporting a SUPER.

Officially launched in spring 2007, SUPER is today currently distributed in over 350 shops worldwide. You can find them in some of the most infuential trend leader stores such as Barneys New York, 10 Corso Como in Milan, Bodega in Boston, Fred Segal in Los Angeles, Steven Alan, Paris Texas in Denmark, Caliroots in Sweden and many others. The first year SUPER has been featured in the most prestigious international magazines like Vogue (USA), i-D (UK), WAD (France), NY Times (USA), People Style Watch (USA) as well as hundreds of online blogs including High Snobiety, Hype Beast, Josh Spear and SlamXHype.

This shop is curated by Lelook, Trends Observatory and Creative Agency based in Barcelona.